I know that you may be confused by the name of this recipe but fried rice, or “Chinese rice” as many people call it, is one of the most popular recipes in Colombia. I don’t know exactly why they love it so much, it could be because it is made with rice which is an essential ingredient in Colombian cuisine (remember the Colombian arroz con pollo recipe?), it could be because it’s so easy to make and yet it still has that “fancy” look when you serve it, it could be the saltiness from the dish since many Colombians really like their food to be well seasoned, or it could it all of the above. 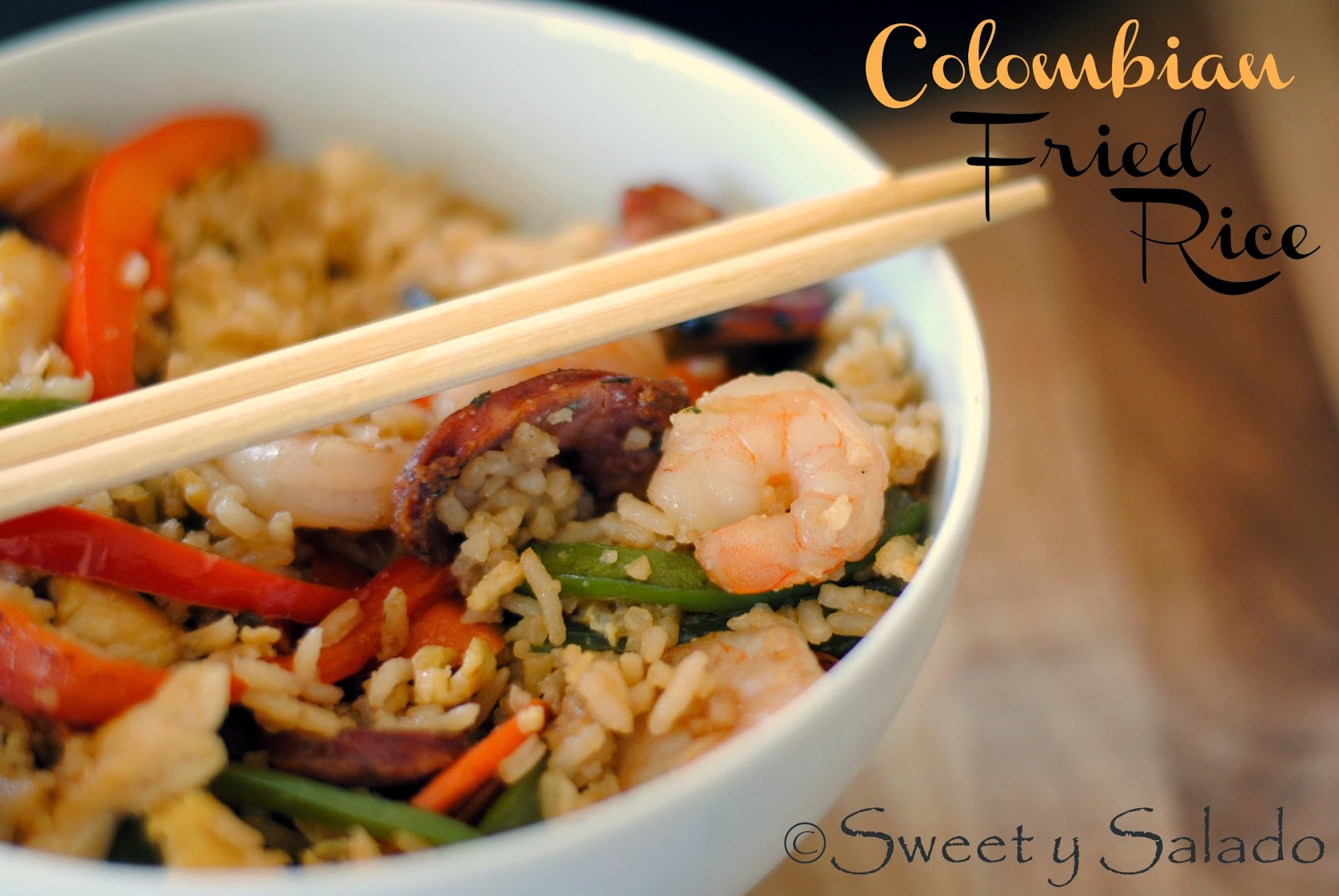 Chinese restaurants are very popular in Colombia and this dish became a house favorite when I was kid. Everyone had to order it, except for my dad because he had to be different and would always order some pineapple soup followed by some weird beef dish, and the reason I say it was weird is because I was a kid and it looked too “grown up” for me. 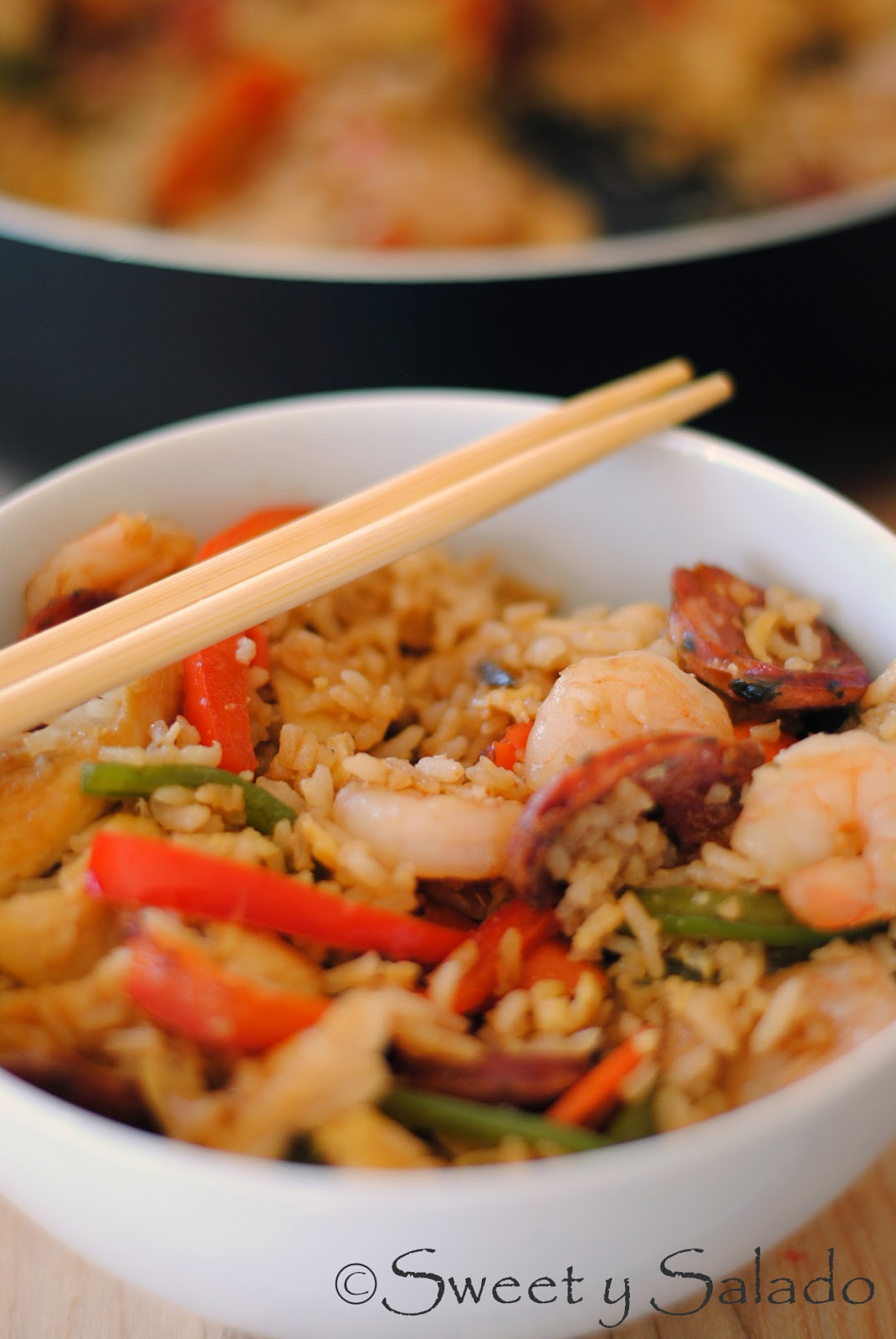 Colombians then decided to make fried rice at home and began adding their favorite ingredients which can include, bean sprouts, peppers, cilantro, Colombian chorizo and some times hot dogs. I know it sounds weird but they really love to cook with hot dogs. But like I’ve said in previous posts, feel free to add whatever meat or vegetables you want in your fried rice. This is one dish that it’s impossible to mess up.