My husband and I go to eat at our favorite Mexican restaurant at least a few times a month, he especially likes to go during the weekends because that’s when they actually serve their carnitas plate and tacos, which he absolutely loves. I refused to even taste them for the longest time because I had never, ever tasted great carnitas. Every recipe I tried for making “amazing” carnitas failed miserably in my opinion. I’ve made them with all kinds of “special” spices and juices like orange, lemon, lime and even pineapple but they were either too spicy, tangy or not incredible. Bottom line, I was never blown away. 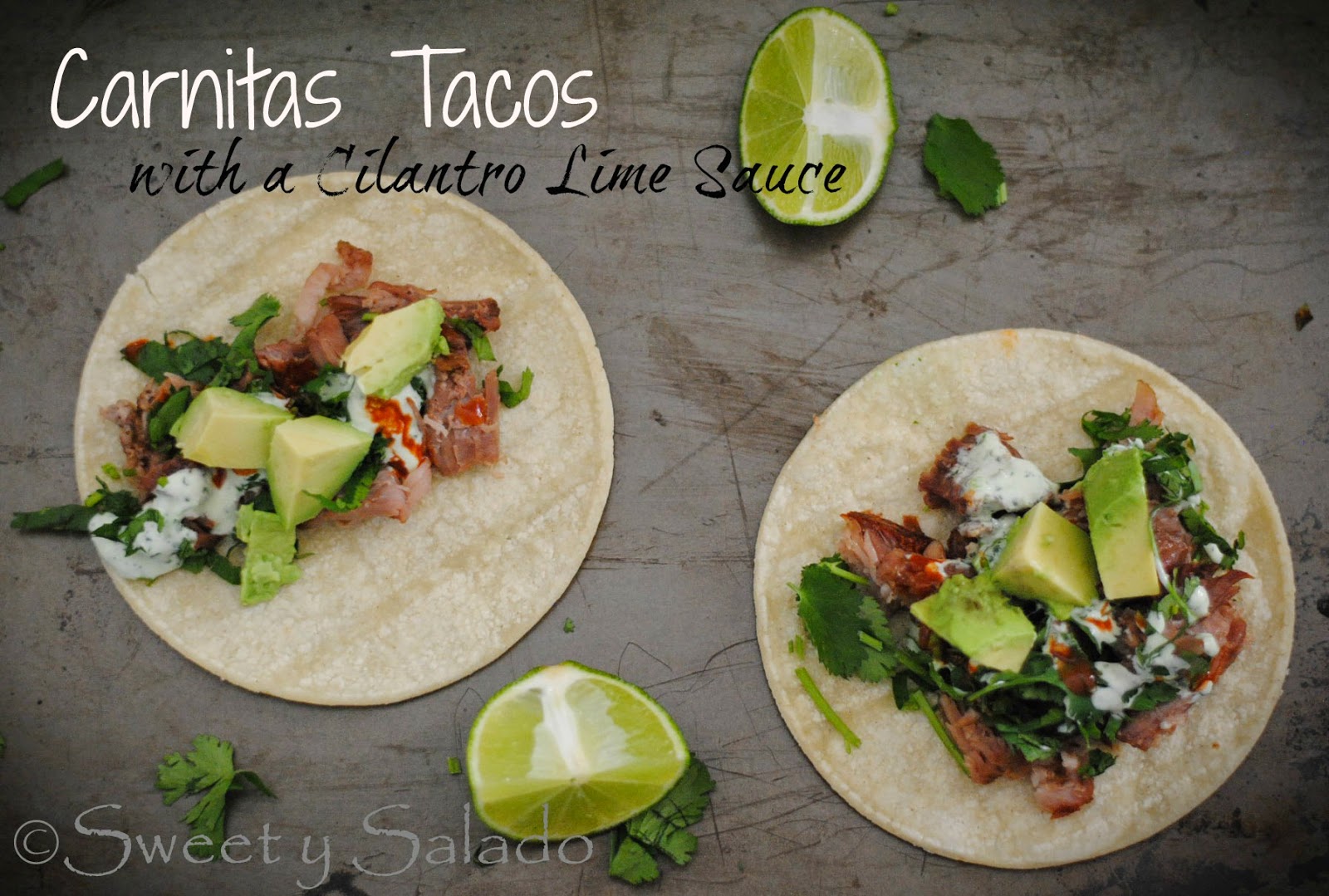 It wasn’t until about two years ago that I decided to try the carnitas served at this restaurant after my husband raved about them and he was absolutely right, they’re amazing. And the reason they are so delicious is because they don’t marinade them at all, they simply bake them and then pan fry them with lard before serving. 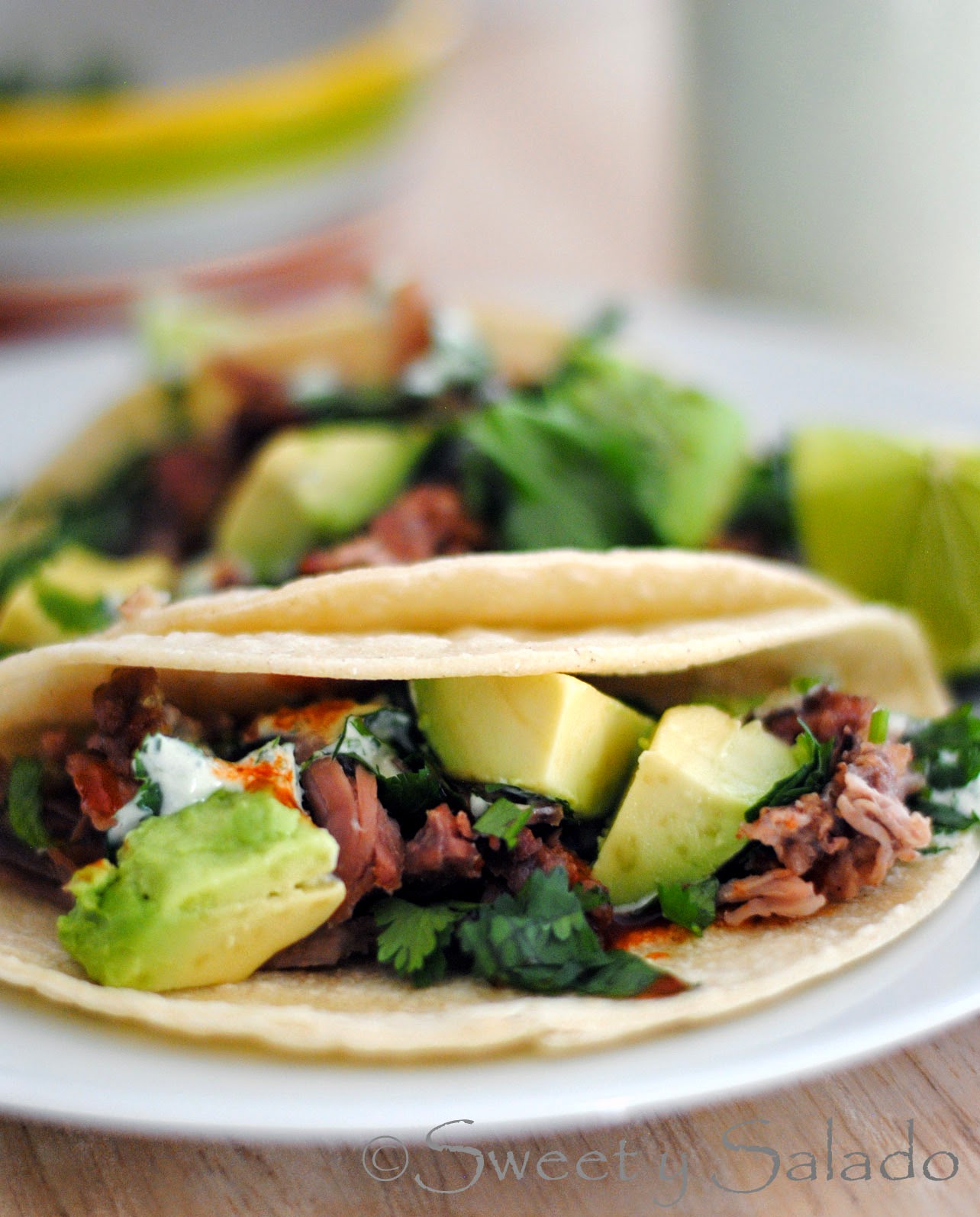 And so, my quest for finding a similar recipe began until I saw Rick Bayless from the cooking show “Mexico: One Plate At A Time” make his own version and they came out amazing. I don’t follow his directions exactly to make mine because as with most recipes, I always end up doing my own thing. But the simplicity of the recipe served with a fantastic cilantro lime sauce is pure perfection.

Adapted from Mexico: One Plate At A Time.